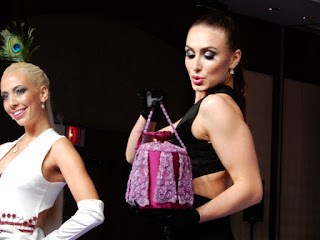 New York Press Release (correction) - There is nothing like a woman carrying her secrets in a bag today.  Especially when those secrets contain sex performance and make up.  Most women want to talk less and carry the stress related orgasms around with them in a handbag, but in the community of the Fashion World and there is only one designer that understands what it means to  "allowing one into a person's space".  Her name is Marie Elena by Marie Elena Couture (The handbags that produce "orgasms").
This designer has been featured on "The Esoteric Transformational Ministries" social media website last September at Couture Fashion Week runway.  This year the Cuban designer, Marie Elena Couture will be projecting her next worth in the Arts Fashion Foundation New York Fashion Week as featured from her Swimwear Collection presentation in Palm Beach last year.

If you missed last season's runway sale at the Crowne Plaza Hotel Ballroom Manhattan, with Producer, Andre's Aquino, it is not too late to grab an orgasm and ship it to your home, via Amazon.com.

Popular posts from this blog 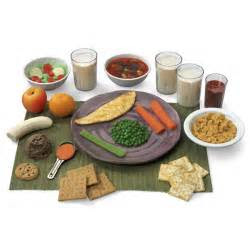 Kim Kardashian Buzzes A Signature Appearance At The Oscar 2022 Afterparty 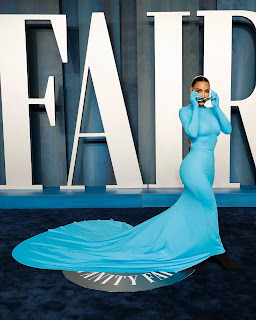 Oscar Buz Press -   Kim Kardashian is featuring a Neon Tribal Color Blue Bodycon Balenciaga dress that is absolutely stunning.  The question is Who is getting the trajectory for this long sleeve stretched into gloved KK signature bodied gown?  Although the media critics have not been keeping up with the latest Kim Kardashian pop ups lately on the What’s What and Who’s Who this iconic fashion echo stole the eyes on every photographer privileged to transform their art into the strength of the Kardashian name.   Thanks again for turning heads and turning newspapers yesterday as yet another Barlenciaga hit look has made history on the body of Kim Kardashian, the founder of “Skims” underwear. https://www.instagram.com/p/CbpqnTAr-iz/?utm_medium=copy_link
Read more 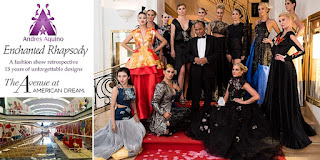 East Rutherford, NJ - Producer Andres Aquino announces the launch of an exciting new series of luxury fashion shows and entertainment. Fashion on the Avenue will be held at The Avenue at American Dream, a stunning space in one of the most exceptional retail and entertainment complexes in North America. PREMIER EVENT DATE:   Saturday June 25, 2022. The premier show will present Enchanted Rhapsody, a retrospective of 15 years of red carpet and luxury  fashions by designer Andres Aquino, along with entertainment and a VIP lounge. VENUE:  The Avenue at American Dream, 1 American Dream Way, East Rutherford, NJ.  Minutes from midtown Manhattan. AUDIENCE: High-end consumers, fashionistas, special invited guests, press.  FOR EVENTBRITE TICKETS:  https://www.eventbrite.com (Search:  Enchanted Rhapsody)
Read more